Welcome to The Strandline blog! A place to find out about all things beachy, news, products, places ....

Last night The Strandline was announced as one of  @TheoPaphitis weekly Small Business Sunday winners.  #SBS 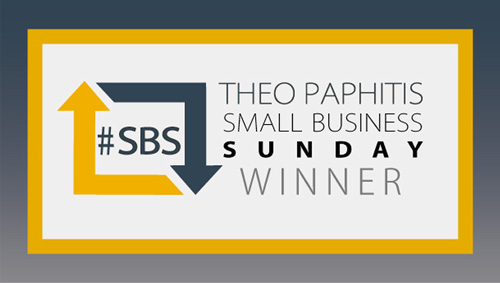 Small Business Sunday, shortened to the hashtag #SBS on Twitter, was created by Theo Paphitis in October 2010. Theo is best known for appearing on Dragons Den on BBC Two. He is Chairman of Ryman Stationery plus Boux Avenue lingerie and Robert Dyas, as well as joint owner of Red Letter Days.

Theo is also a mentor and investor to many other business acquainted via the Den including MagicWhiteboard,Wedgewelly and Value My Stuff.

Each week Theo rewards small businesses that tweet him @TheoPaphitis and describe their business in one tweet including the all-important hashtag #SBS. Only tweets made in the time slot between 5.00 PM and 7.30 PM each Sunday count.

Each week Theo reviews and chooses his favourite lucky six who are then re-tweeted. As he has over 400,000 followers, this provides a massive boost to the chosen lucky businesses.

The benefits range from increased Twitter followers, to positive media publicity and crucially for many, increased sales! Of course, none of this is guaranteed as it is largely down to perseverance and hard work. A smidgen of luck comes in handy.